Book of Mormon Central / Archive / The Sign of Jonah: Pointing to Christ’s Death

When certain scribes and Pharisees said to Jesus, “Master, we would see a sign from thee,” He responded, “An evil and adulterous generation seeketh after a sign; and there shall no sign be given to it, but the sign of the prophet Jonas” (Matt. 12:38–39). Jesus then taught the scribes and Pharisees valuable lessons. Jesus Christ’s comparison to Jonah has three significant aspects:

1. Perhaps that evil generation was seeking an immediate sign, such as healing the sick or the blind, but Jesus offered them the greatest sign of all, one that points to His death and subsequent Resurrection.

2. Jesus compared Jonah’s three days and three nights in the whale to the three days and nights that He, Jesus, would spend in the abode of the spirits of the dead. The sign of the prophet Jonah refers to Jesus’s death, burial, and Resurrection.[1]

Jesus informed His audience that the Ninevites had repented at the preaching of Jonah, but Jesus’s audience had failed to repent at His teaching, even though He was greater than Jonah.

There are other ways in which Jonah served as a type of Jesus Christ. One outstanding example is when Jonah was sleeping on the ship during the raging storm. The ship’s captain came to Him and said, “What meanest thou, O sleeper? arise, call upon thy God, if so be that God will think upon us, that we perish not” (Jonah 1:6). This parallels the occurrence when Jesus slept in the ship during a great storm and others awoke Him and said, “Master, carest thou not that we perish?” (Mark 4:38–39). In the first instance, Jonah’s being cast into the sea was the cause of the storm’s ceasing, and in the second, Jesus caused the storm to cease. 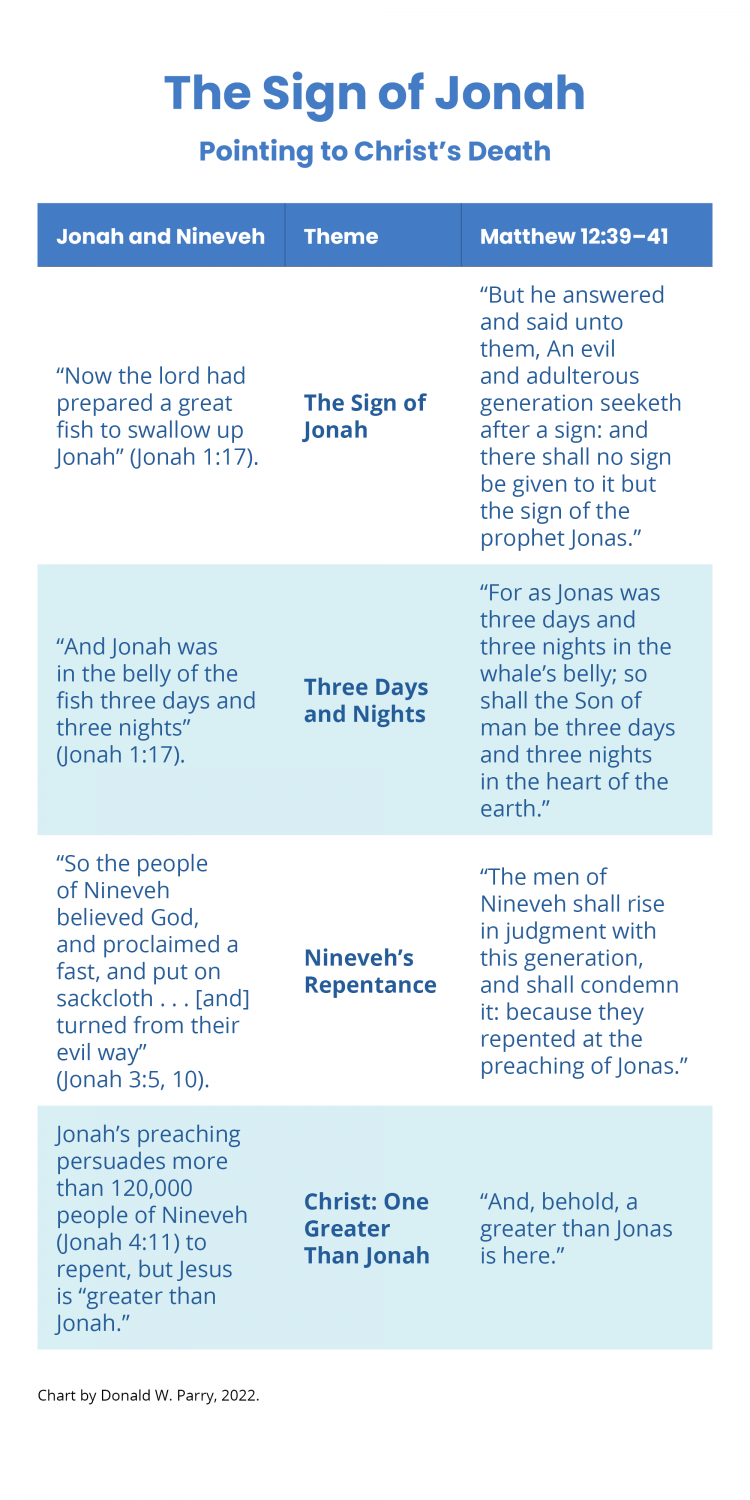