The LDS Bible Dictionary explains, “Under the law of Moses, sacrifices were varied and complex, and a multitude of rules were given to govern the procedure, in keeping with the general character and purpose of the Mosaic law. . . . In all the animal sacrifices of the Mosaic law there were six important acts.” The entire six-part process of the animal sacrifices focused on Jesus Christ and His Atonement, because sacrifices were offered to direct worshippers’ thoughts to Jesus.

In act 2, for example, the offerer laid his hands on the animal’s head, thus transferring his sins to the animal. The symbolism of laying on of hands is explained in Leviticus 16:21, where Aaron lays his hands on the scapegoat: “And Aaron shall lay both his hands upon the head of the live goat, and confess over him all the iniquities of the children of Israel, and all their transgressions in all their sins, putting them upon the head of the goat.” After the offerer’s sins were transferred to the animal, it was slaughtered in act 3.

Acts 2 and 3 teach us about Jesus. He first took upon Himself our sins in Gethsemane and then was sacrificed when He died upon the cross. Each of the six acts held some significance with regard to the Atonement.

The accompanying chart lists these six acts, together with a brief explanation of each. Note that worshippers conducted acts 1–3, and the priests performed acts 4–5. Act 6, partaking of the sacrificial meal, pertained either to priests alone, to worshippers and priests, or to priests and their families.[1]

Acts Conducted by the Offerer

Acts Conducted by the Priests 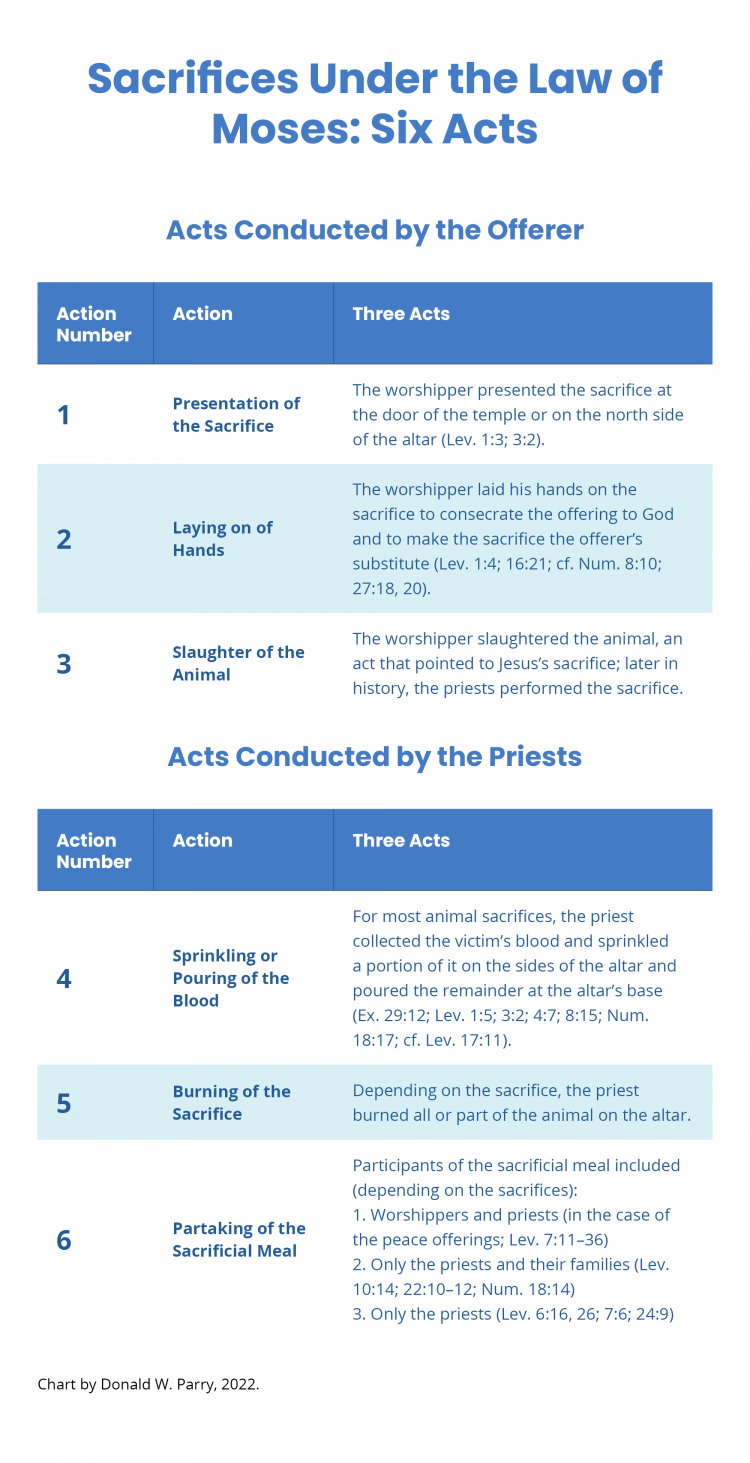