The book of Judges comprises three parts. Part one (Judg. 1:1–2:5) serves as an introduction to the book and explains the negative impact Canaan, one of ancient Israel’s neighbors, had on Israel during the entire period of the judges, particularly because the Israelites accepted many of the Canaanites’ evil customs and enticing religious practices. Part two (Judg. 2:6–16:31) presents a fourfold cycle of events and is the central message of the book of Judges. Part three (Judg. 17–21) serves as an appendix to the book and provides examples of the great wickedness of certain Israelites.

Part two, the focus of the chart, shows the fourfold recurring cycle of events that occurred in ancient Israel—apostasy, oppression, repentance, and deliverance. The author(s) of Judges carefully and artistically used formulaic expressions to describe this cycle:

1. “And the children of Israel did evil in the sight of the Lord.”

2. “And the Lord sold (or delivered) them into the hand of [an enemy nation].”

This chart is formatted according to the fourfold cycle so the reader can easily see its recurrence.

The book of Judges is LORD-focused, meaning, the Lord—the premortal Jesus Christ—is preeminent in the book of Judges; in fact, He is prominent in all four of the cycles. In the first cycle, He regards the evil conduct of the Israelites; in the second, He delivers Israel to the power and control of one of its enemy nations; in the third, the children of Israel, after years or decades of experiencing oppression by their antagonists, submit themselves to the Lord and pray to Him; and in the fourth, the Lord inspires and empowers an Israelite to save Israel from the enemy nation. 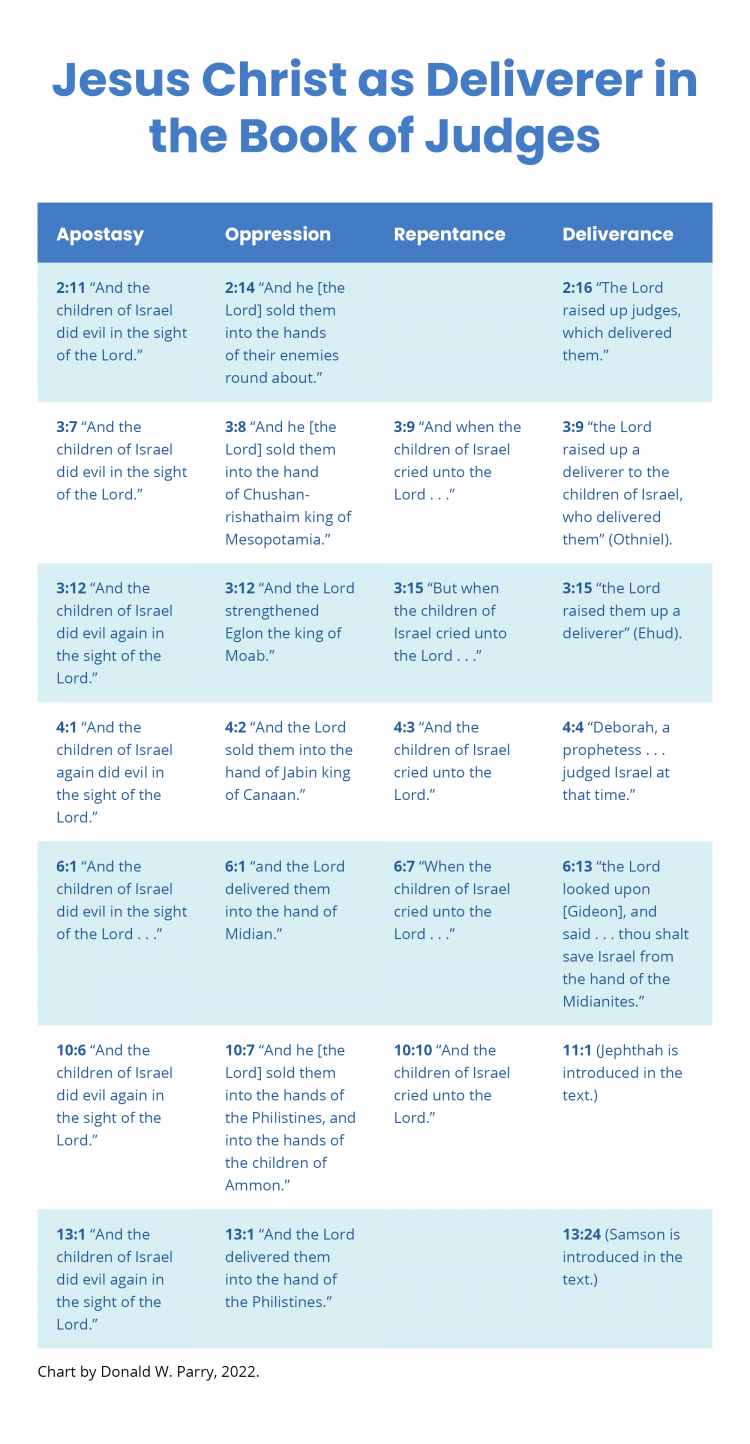 Get the latest updates on Book of Mormon Central and other projects.