Old Testament prophets used a number of speech forms, or formulaic expressions, when they revealed God’s word to their audiences. These speech forms, indicative of prophetic authority and prerogative, are largely unique to the prophets and their revelatory world. That is to say, such expressions as “Thus saith the lord,” “Hearken to the word of the lord,” and “As the lord liveth” are not common to the worlds of government, law, commerce, and trade, or to the everyday speech of people. Rather, these expressions are used only by prophets and indicate their authority to speak in the lord’s name. These expressions also demonstrate that prophetic speech forms focus on the lord—nearly all of them include the lord’s divine name; and those that do not include the lord’s divine name are revealed by the lord to His mouthpiece, the prophets.[1] 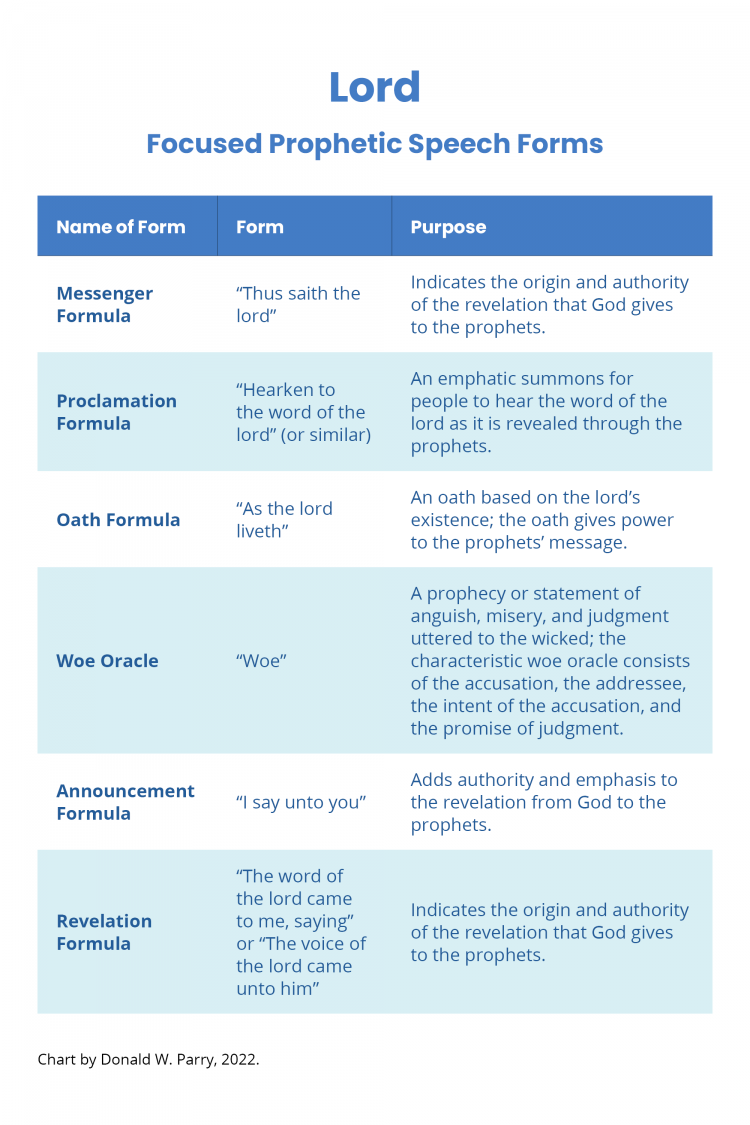